The results for the UK’s most ethical savings accounts are in...

In its latest product guide, Ethical Consumer took an in-depth look at the finance sector and ranked providers of savings accounts against their social and environmental performance.

Charity Bank has been ranked top for having the most ethical savings accounts. Other providers to score highly are Ecology Building Society and Triodos Bank. 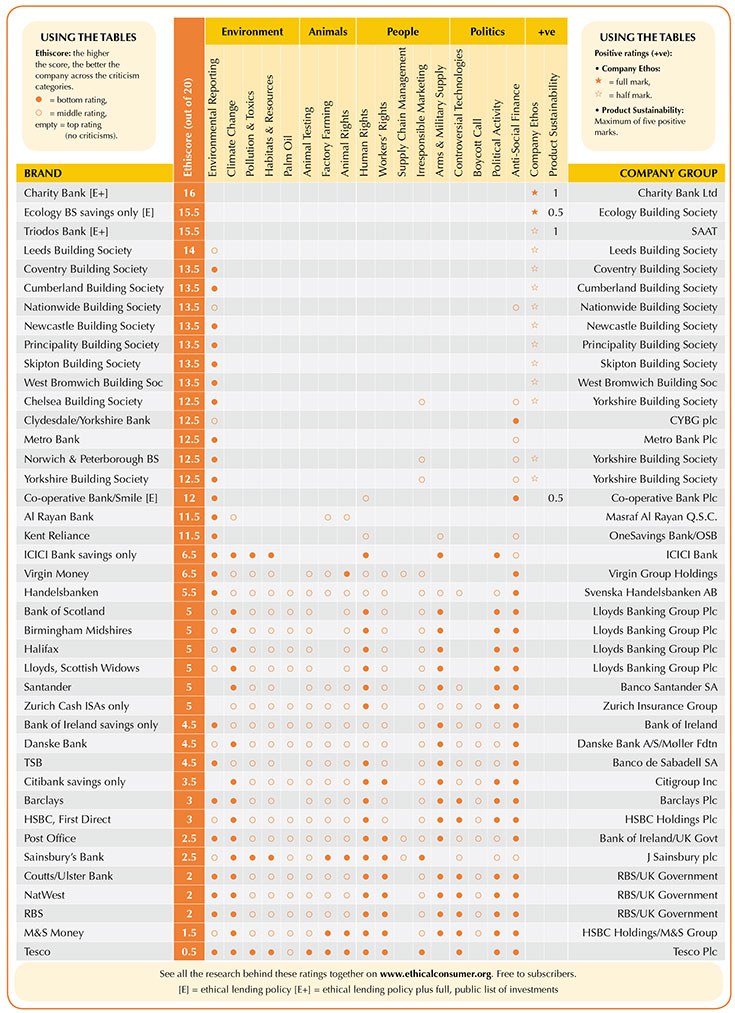 How does it work?

Ethical Consumer is a leading authority on ethical, social and environmental behaviour of companies. For almost 30 years it has researched and reported on the best and worst practices from across a wide range of sectors and products.

Rob Harrison, co-editor of Ethical Consumer said: “Whilst the vast majority of banks and building societies continue to score badly on ethics, Charity Bank is offering people and organisations an attractive alternative. Charity Bank is demonstrating how your savings can be a powerful tool for good.

“Charity Bank achieved our top ranking based on its ethical choices, social impact and transparency. Charity Bank publicly discloses its investments, setting a fantastic example in a sector that is resistant to openness and accountability.”

Some of the main reasons listed by Ethical Consumer for its rating include the fact that Charity Bank:

Justin Hort, Head of Savings from Charity Bank, said: “We’re very pleased to have been recognised by Ethical Consumer for our ethical and transparent approach to banking. When money is saved with us, you will always know where it is and can be proud of what it is doing.”

In addition to its top position for ethical savings with Ethical Consumer, Charity Bank’s ethical values and mission to do good have been recognised through many other independent awards and accreditations.

Charity Bank remains the only bank to hold the Social Enterprise Mark, due to its social mission and social sector ownership.

Charity Bank has been awarded, for ten years running, the top spot in The Ethical Company Organisation index of ethical banks and building societies.

Not only is Charity Bank a certified B Corp, it also ranks in the top 10% of certified B Corps providing further evidence of its high standards of social and environmental performance, transparency and accountability.

Find out all the reasons Charity Bank is a top ethical savings choice in its Ethical Bank? Prove it! report.