Sports organisations can struggle to access loan finance. North Derbyshire Youth Football League is no different. It was turned down by several providers before it found Charity Bank.

Charity Bank agreed to loan the league £120,000 towards the cost of buying a new nine-acre site. As well as giving the league space for 10 new football pitches, the land comes with a 30,000 square foot building, which the league plans to renovate. Chairman and treasurer Andy Bagshaw tells us more.

Is this the first site you’ll actually own rather than rent?

Yes. We run three sites already, but none of them belong to us. However, we'd love to own all our sites eventually.

Why did you decide to buy this site, rather than just rent more space?

There are lots of benefits to buying rather than renting. For the first time since the league started in 1947, we’ll have somewhere to call home.

At the moment, all our operations are in the hands of other people. If those organisations change their pricing structure or availability, that could restrict what we do. Whereas if it's our venue, we've got the ultimate say on how many pitches we use, what the price is per pitch, and so on.

Plus, if you’re leasing land, the owner can step in and take the land back once the lease is up, even if you’ve spent a lot of money building a clubhouse and fencing everything off. We didn't want to be in that position with a new site.

Owning a venue gives us total control of our future.

Did any unexpected challenges come up with the sale?

The owner originally accepted a much higher offer from another buyer, who wanted to develop the land for housing. Luckily for us, the site has a recreational covenant as well as underground water tanks belonging to Severn Trent Water. It can't be used for housing, so the other sale fell through.

The vendor offered it to us, and we were keen to go ahead, but we couldn’t get a loan. If it wasn't for Charity Bank and Co-operative & Community Finance, the purchase wouldn't have happened.

Why did you struggle to get a loan elsewhere?

We looked everywhere. We spoke to commercial financiers, and banks but nobody was interested. Even our own bank, which we’ve been with for 20 years, wouldn’t give us a loan. They said they wouldn’t lend based on ‘projections’.

We've got a proven track record of running venues; we know the demand is there and we’re confident with our figures, but they didn’t care. They said we could switch the loan to them after running the venue for 18 months. That’s definitely not going to happen. I just think it's so wrong, ethically. They didn't want to help us even though we were a good client, with money in the bank. Why would we switch to them?

How did you find Charity Bank?

We were at the point of giving up. We'd spent weeks searching for solutions. Originally, we were supposed to get a grant from the local council, but that never materialised. So we only had the £50,000 that we could afford to put in. I remember saying to the Vice Chair, Johnny, “I don't think we can do this.” But then I found the Reach Fund online. From there, I found Co-operative & Community Finance. They agreed to give us a loan and recommended talking to Charity Bank about the rest of the money that we needed.

I didn’t think Charity Bank would offer us a loan, as we’re not a charity, but we explained what we wanted to do, and they looked at our figures and could see that we could afford the loan repayments even if we never used the land.

How was your experience different with Charity Bank?

They were fantastic, as were Co-operative & Community Finance. Both were a complete contrast to the other banks. It was such a breath of fresh air to speak to people who understood what we were trying to do, genuinely cared and wanted to help. 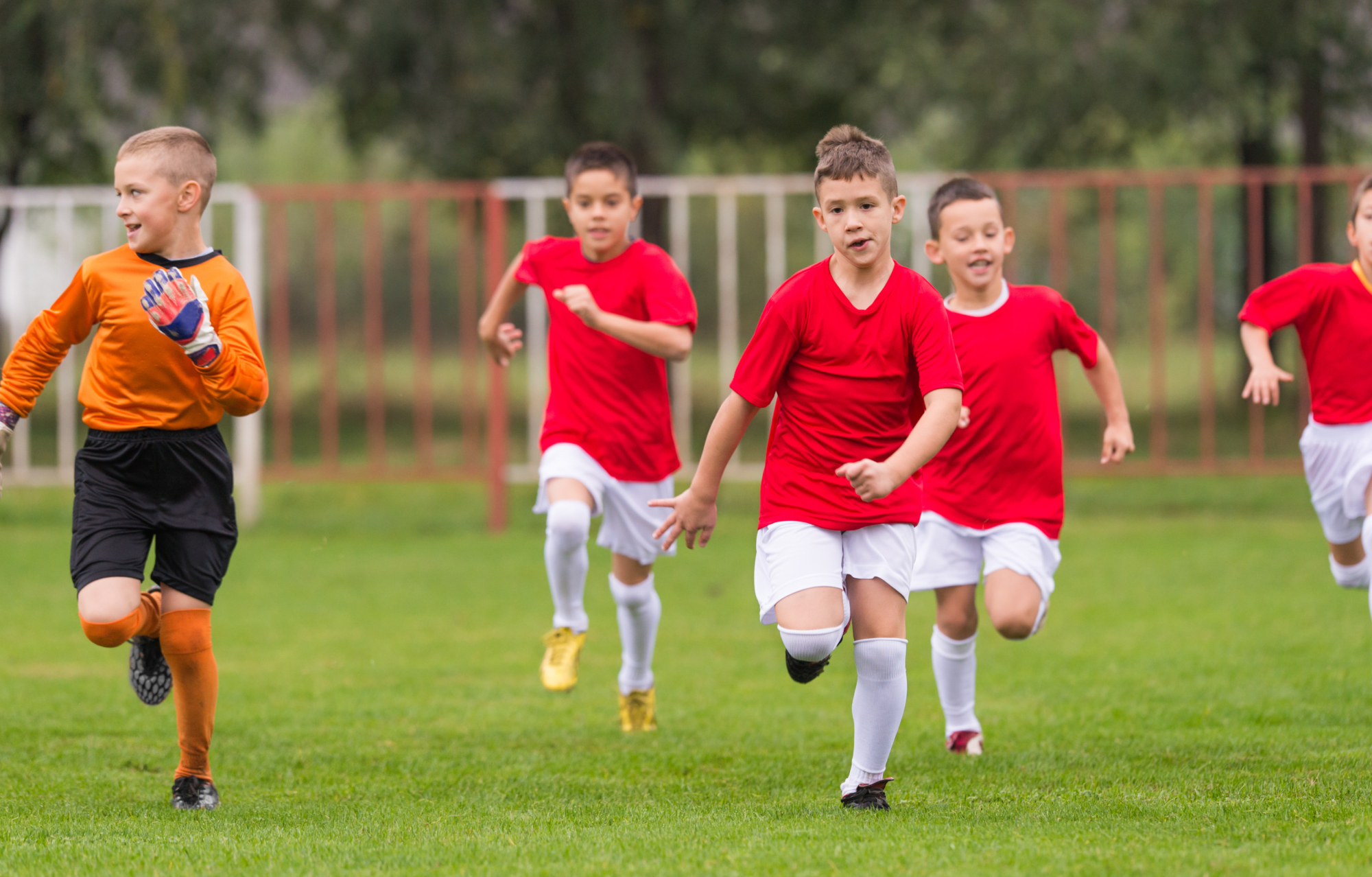 How did you find the process of applying for the loan?

It was a big undertaking. There was an awful lot of due diligence, and it took a long time. That said, I developed a great relationship with Danny Wilson-Dodd [Head of Small Social Lending at Charity Bank]. The guy is terrific. Johnny and I are volunteers, so most of our work is done out of hours, which makes communication tricky. I could drop Danny a text on a Saturday, asking him to give me a call when he had five minutes, and he would. It was like dealing with one of my colleagues in the league, in that we all cared about the project and really wanted it to happen.

I don't want to sound like an advert, but Danny really did do a fantastic job. I got a message this morning from him saying, “How are you getting on? Can we come down and have a walk around?” That, to me, is brilliant, and so different from other banks, which only care about the amount of interest you’re paying.

Was this the league’s first large loan?

Yes, the league has never borrowed money before. I took over as chair five or six years ago. Before that, we were watching every penny. Three years ago, we were worried about spending £250 on a TV to display the fixtures, and now we've bought a £250,000 piece of land. We’re seeing the opportunities now and making positive changes; we’re coming on leaps and bounds.

What are your plans for the land?

The priority for us is the new pitches as our other venues are close to full capacity. The building is semi-derelict, so that needs a lot of work. Short-term, we’re planning to use some of it for storage and to create a café to generate revenue. Long-term, we want to completely renovate the rest of the building to establish it as our head office and a function space.

Are you applying for grants to help with the renovation?

We’re applying for funding from the Football Foundation – around £25,000 – and we’re looking into other funding bodies too.

That’s another benefit of ownership, because you can't get grants for something you don't own, unless you have a 25-year lease, and even then there’s no guarantee that you won’t eventually lose the land and all the money that’s been put into it.

Are you hoping that the café will help to cover part of your monthly loan repayment?

Yes. We currently have our own burger van on one of the other sites, which has generated over £34,000 in the last two years. At the new site, we’re aiming to have 10 pitches, which equate to 30 games of football every Saturday morning. That’s 60 teams, with 10 children per team and most players having at least one parent with them, so there should be plenty of footfall.

What benefits do you anticipate for the community?

The building is in a sorry state at the moment – the flat roofs are literally falling in and it’s a real eye-sore. There’s a row of houses opposite that have been overlooking this smashed-up building for years. So, the community is happy that the site is going to be done up and used for recreation purposes again.

We're going to have to fence the site off to make it secure and protect the pitches, but we’re designating an area for dog walkers and aiming to create a little park for the community. The local residents’ association are going to use some of the function rooms once they’re operational, for crafting sessions, a dementia group, and a babies and toddlers group. We’ll have up to 200 carparking spaces on the site and will fine any club whose members disrupt residents by parking on the streets.

It’s all about working with the local community, not against them.

What makes you proudest when you look at the league?

For me, it's about seeing kids running down the street with a kit on; they can't wait to get to football. We’ve got mixed teams, but they are mostly boys. We want to get more girls involved, so are looking to develop girls only divisions.

The kids’ parents might have been forced out of the house, but it’s great for their mental health. Parents and kids are getting fresh air. They’re chatting to people. They’re not sitting inside dwelling on the stresses of school and work.

Seeing young people develop is all the reward you need as a volunteer. It’s hugely satisfying. People think volunteering means giving something away for somebody else's benefit, but volunteering gives me far more than I give it.

Charity Bank is the loans and savings bank owned by and committed to supporting the social sector. Since 2002, we have used our savers’ money to make more than 1,100 loans totalling over £400m to housing, education, social care, community and other social purpose organisations.